I think we can agree from the outset that life is hard.  You’re going along and all seems well and then you get gut-punched by death, disease, failure, or emotional pain.  Jesus said it like this, “In the world you will have trouble.”  Well, that’s a bummer, but I appreciate how he never sugarcoated the truth.

So what can we learn from the world of classical music about how to be resilient in the face of life’s challenges?  And what are the spiritual and creative implications for us as we travel life’s road which is inevitably littered with potholes and minefields that seem intent on taking us off-course?

According to an article on Resilience in the New Yorker, “Every frightening event, no matter how negative it might seem from the sidelines, has the potential to be traumatic or not to the person experiencing it.”  This particular study on resilience showed that when bad things happened, the real differentiator was whether or not the affected individual could see some deeper meaning in the event.  If they felt they had learned or grown from it in some way, then it may not be perceived by that individual as a trauma.

In my field, we are constantly putting ourselves in situations where we are judged, critiqued and held to what sometimes feels like impossibly high standards.  Even the best player has an off night.  Even the most seasoned auditioner doesn’t win every job they try out for.  So how do musicians keep putting ourselves out there?

We cultivate a mindset that sees each setback as a growth opportunity, striving to approach the experience with curiosity instead of condemnation.  Brene Brown says it like this,  “Resilience is more available to people curious about their own line of thinking and behaving.”  With this in mind, we train the mind to ruminate not on what went wrong, but on what we can learn from what went wrong.  This doesn’t come naturally, but those who maintain a career over decades are able to do it because we hone this skill over time.  We look with a keen eye at every detail of the situation where all didn’t go well rather than shielding our eyes from it, looking for the key to future success.

In Proverbs, it says, “Let a wise person listen and increase learning, and let a discerning person obtain guidance.”  When we turn towards our issue, failure or stress there is much growth and learning available to us.  As hard as it is to hear negative feedback when things don’t go your way, seek it out. Growth is right behind the door waiting for you to open it.  Someone once said, “The trouble with people is that we would rather be ruined by praise than saved by criticism.” What if we change our perspective on criticism and rather than deflecting it, invite it?  With this perspective, we can see each set-back as a chance to bounce-back better than we ever were before.

I have a theory about quitting.  I think those that quit have not embraced the balance between process and product that is an inevitable part of life. At some point, don’t we all honestly feel that we should have arrived by now?

In my years as a professional musician, I have seen many stellar artists lay down their instruments permanently because they couldn’t live with their constant state of imperfection.  I understand this frustration because much of the time it is hard to see our own progress.  We are moving forward at what feels like a snail’s pace and the positive changes are happening over years instead of days and it can become disheartening.  I think this often happens in our spiritual journey as well.

In 2 Corinthians 4:16-17 the Bible encourages us by saying, “Therefore we do not lose heart. Though outwardly we are wasting away, yet inwardly we are being renewed day by day. For our light and momentary troubles are achieving for us an eternal glory that far outweighs them all.”  What’s Paul saying?  He is saying it is worth it.  Hold on.  Stick with it.  The troubles are just for a season.

Have there been days where I failed so royally that I wanted to quit my horn?  Absolutely.  Have there been moments in life’s journey where I felt the level of despair that made me not even want to get up out of that ball I was curled up in over in the corner? For sure.  Am I glad that I’m still here on both counts putting one foot in front of the other in spite of the pressures, setbacks and the slow progress?  Undoubtedly.  We do well to remind ourselves of the core word from the scripture above:  Momentary.  This too shall pass.  And when the dust settles I don’t know about you, but I still want to be holding onto what matters to me most.  As my mom said at one point when I was considering quitting horn entirely, “Don’t forget what brought you to the dance.” 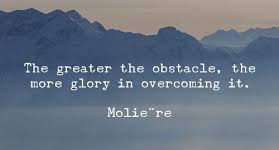 Beethoven began to lose his hearing when he was just 26 years old.  He composed some of his most iconic works in the last 15 years of his life when he was mostly deaf.

Born prematurely, Stevie Wonder was blind since birth. He was raised by a single mom who had her hands full with six kids.  In spite of that, Stevie was signed to one of Motown’s record labels at the age of 11 and has gone on to win countless awards.

Abraham Lincoln’s life was filled with failure and emotional distress. His mother died when he was 9.  His sweetheart to whom he was betrothed passed away before they could marry.   He started an unsuccessful business that he had to spend years repaying loans for after it had failed.  He was defeated in multiple runs for public office.  Finally,  he become the 16th President of the United States and I think we would all agree did some pretty important work while in that office.

Why do I share all these examples with you?  Because in each case, things did not look good.  All was not well.  Success did not seem likely.  What got them through to the other side?  Cultivating resilience.  Read any research on resilience and you will see that it can be learned.  It isn’t something that we simply have or don’t have.

In Isaiah 50:7 the writer says, “I have set my face like a flint, and I know that I shall not be ashamed.”  To set ones face like flint is to be resolute.  Unshakeable.  Sure of your convictions even in the face of great opposition.

You see, resilience finds a way when things get hard.  Resilience bounces back when all is not well.  Resilience presses towards the mark when all of life seems to be pressing right back at you.  Resilience hangs on to the bitter end, pulling out all the stops, trying new tactics, sure of the truth that is inside us that must come out.

Resilience says, “I can do all things through Christ who strengthens me.”

Resilience says, “I may have turtled up for a season, but I’m back and stronger than ever.”

Resilience says, “I will partner with love and not fear.”

Resilience says, “What is in me must come out whether you validate me or not.”

Resilience says, “You are not my source,” to the naysayer.

Reslience says, “I am not finished.”

Resilience says, “I will not die with any of this in me.”

Resilience drowns out the voices that paralyze us with a louder, deeper truth than “these momentary troubles.”

In closing, imagine just for a moment what Beethoven’s inner critics must have said to him when he was composing his 9th symphony at the end of his life after his hearing was almost entirely gone.  I’m so glad he didn’t listen to them.  I hope you don’t listen to your inner critic either.  As Theodore Roosevelt once said, 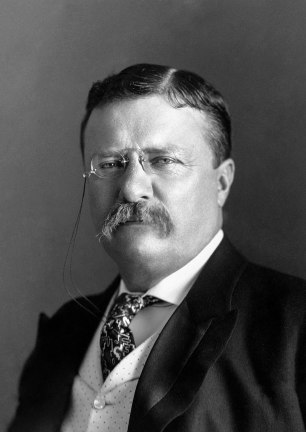 “It is not the critic who counts; not the man who points out how the strong man stumbles, or where the doer of deeds could have done them better. The credit belongs to the man who is actually in the arena, whose face is marred by dust and sweat and blood; who strives valiantly; who errs, who comes short again and again, because there is no effort without error and shortcoming; but who does actually strive to do the deeds; who knows great enthusiasms, the great devotions; who spends himself in a worthy cause; who at the best knows in the end the triumph of high achievement, and who at the worst, if he fails, at least fails while daring greatly, so that his place shall never be with those cold and timid souls who neither know victory nor defeat.”

View all posts by Misty Tolle